We have a large selection of old pictures of Santa Maria available for reprints . We can print them on Photo Paper Canvas or Metal. Come in the store and see our large selection. A lot of them came from the original Arrow Photo and of them were donated by Mr. Olivera.

In the late 19th century, after California gained statehood in 1850, the area’s rich soil attracted farmers and other settlers. By the end of the century, the Santa Maria River Valley had become one of the most productive
agricultural areas in the state. .

Between 1869 and 1874, four of the valley’s settlers, Rudolph Cook, John Thornburg, Isaac Fesler (for whom Fesler Jr. High School is named), and Isaac Miller (for whom Miller Elementary School is named), built their homes near each other at the present corners on Broadway and Main Street. The townsite was recorded in Santa Barbara in 1875. The new town was named Grangerville, then changed to Central City. It became Santa Maria on February 18, 1885, since mail was often being sent by mistake to Central City, Colorado. Santa Maria was chosen from the name Juan Pacifico Ontiveros had given to his property 25 years earlier. Streets named after the four settlers now form a 6 block square centered at Broadway and Main Street, the center of town.

Oil exploration began in 1888, leading to large-scale discoveries at the turn of the 20th century. In 1902, Union Oil discovered the large Orcutt Oil Field in the Solomon Hills south of town, and a number of smaller companies also began pumping oil. Two years later, Union Oil had 22 wells in production. Over the next 80 years more large oil fields were found, and thousands of oil wells drilled and put into production. Oil development intensified in the 1930s, with the discovery of the Santa Maria Valley Oil Field in 1934, 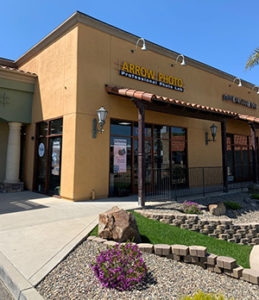 Find Us
Contact us
About Us
Site Map
Santa Maria History